The highest salaries in Europe 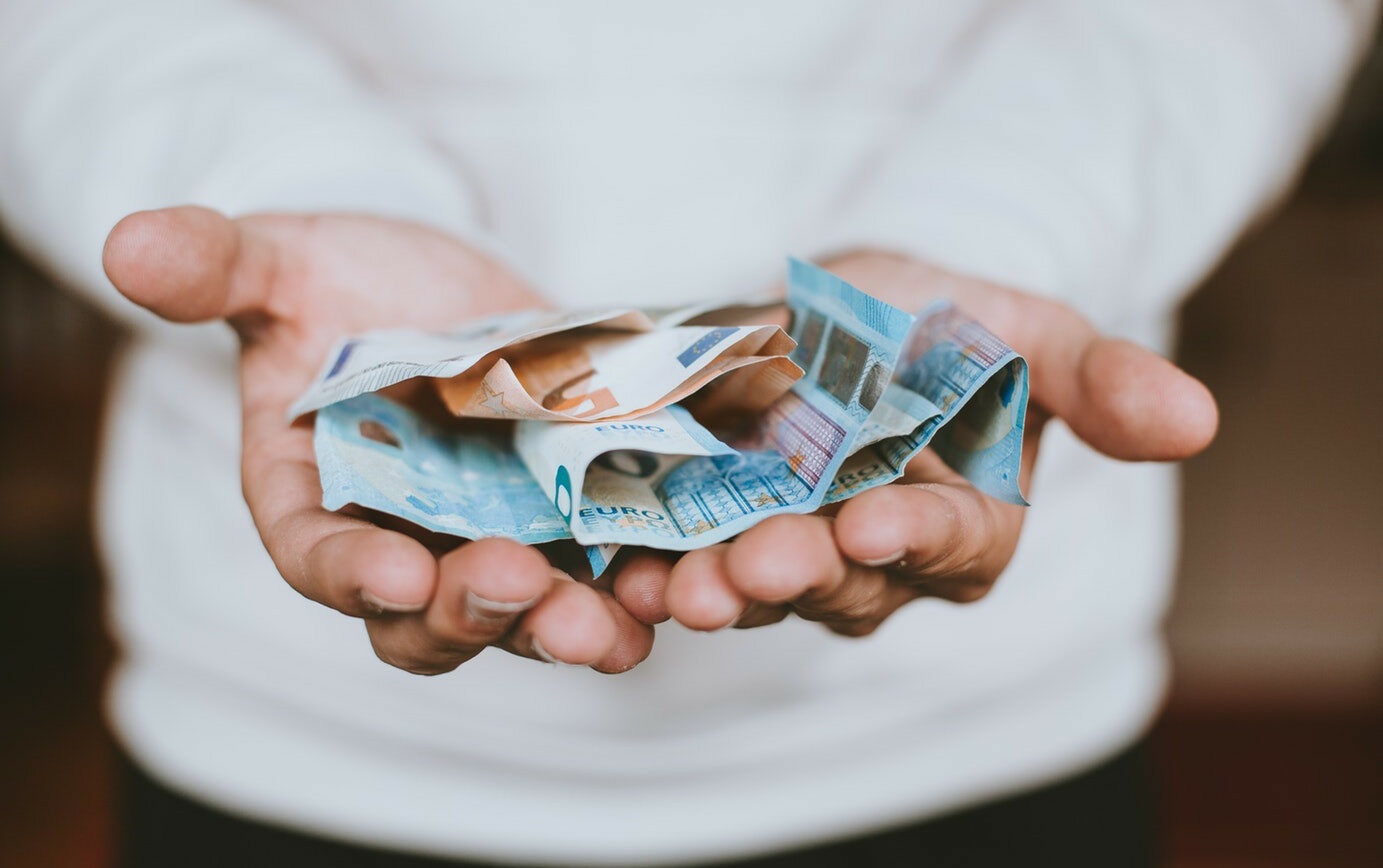 Are you planning to move and work and a new life abroad? Wondering where you can save the most money?

Robin can summarize some of the critical factors that have an influence on how much you can save during your time working in another country:

In this article, we depend on the countries Robin employs people: the Netherlands, Belgium, and Germany.

Evaluating and comparing minimum and average salaries in all three countries Robin has to offer will give you a better insight on your possible future income. Let’s take a look together!

The minimum salaries abroad in 2020 are. 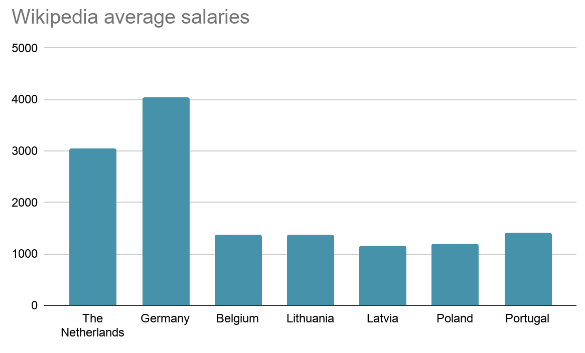 As you can see, the countries show quite different results looking at the average salaries compared to the minimum wage. There might be several explanations for that:

Although the average salary says something for you when you go to work abroad, you need to be realistic and how the job you plan to get overseas will be paid. The average salary might give you an idea when planning a career abroad to see what perspectives there are for you. Still, you need to be realistic. Most people who go to work overseas with Robin’s help go to work in logistics or production, which is usually paid slightly higher than the minimum wage.

Although salary will decide how much you will earn each month, you need to deduct your expected expenses of living abroad to know your savings.
Most costs of people who go to live temporarily abroad with Robin’s help are related to groceries and accommodation.

As Robin is working with many different agencies in the Netherlands, Belgium, and Germany, we can compare how much these agencies charge per country on average in your living place. In all three countries, we see significant regional differences looking at the costs of accommodation. Munich f.e. is much more expensive for living in than Berlin, and Eindhoven is much more costly than Leeuwarden in the Netherlands. Here we see that most of the jobs offered in all these three countries are in the economically most developed regions. The regions where the businesses outgrow the amount of labour that is available in the area. The downside of this is that these regions have, in general, the most significant shortage of accommodation, as a result of this the price for housing is higher.

Expect to pay in the Netherlands around 100 Euro for a bed in a double room per week, including utilities. In Belgium (Antwerp) you should expect to pay 110 Euro and in Germany around 90 Euros for the same level of accommodation.

Groceries play a big part in how much you will save during your stay abroad. In all agencies in different countries, an equipped kitchen will be available in the provided accommodation. Still, you will have to do the groceries and cook for yourself, just like at home.

With a graph, we would like to show you how the prices of food and non-alcoholic beverages compare to each other. 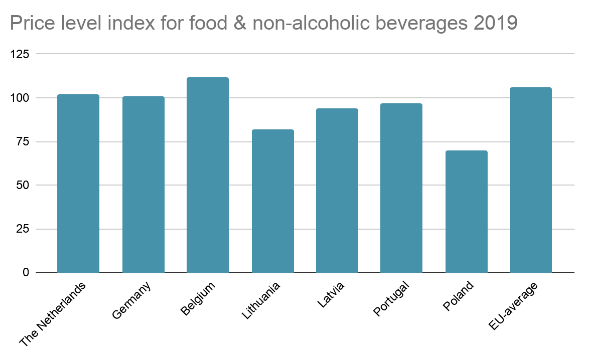 Although you would expect Germany and the Netherlands to be more expensive looking at groceries than the average EU, it’s the other way around. In fact, the Netherlands and Germany compare, looking at the cost of living with countries that pay much lower salaries than Portugal and Latvia.