Retirement paradise in the Netherlands 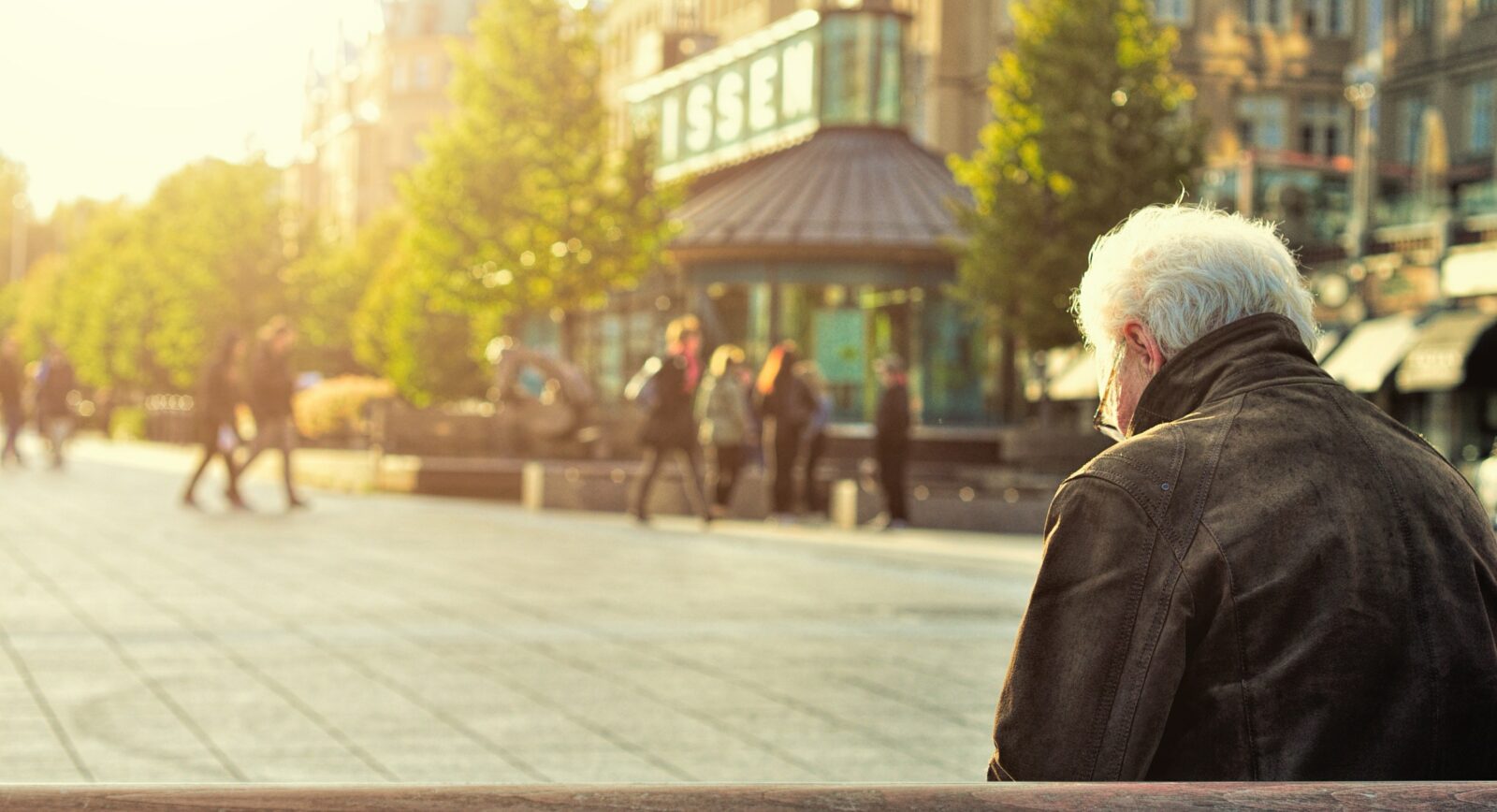 "The current Dutch pension system has been operating almost unchanged for about 50 years. Stability is the main advantage,"

The Netherlands, like other EU countries, has a three-tier pension system, with the first tier of benefits coming from the state’s current funding. But that is where the similarities end.

The average pension is €1,917. According to Statistics Netherlands, the average pension benefit for a person of retirement age is €23,000 per year or €1,917 per month. Benefits for elderly couples amount to €40,000 (€3333/month). Only 4% of pensioners are classified as having a “very low income.

Mr van Zutphen, Head of Human Resources, points out that in the Netherlands, the terms “low income” and “social minimum” are measured by their national standards. This income is sufficient to meet basic needs: rent, food, clothing. 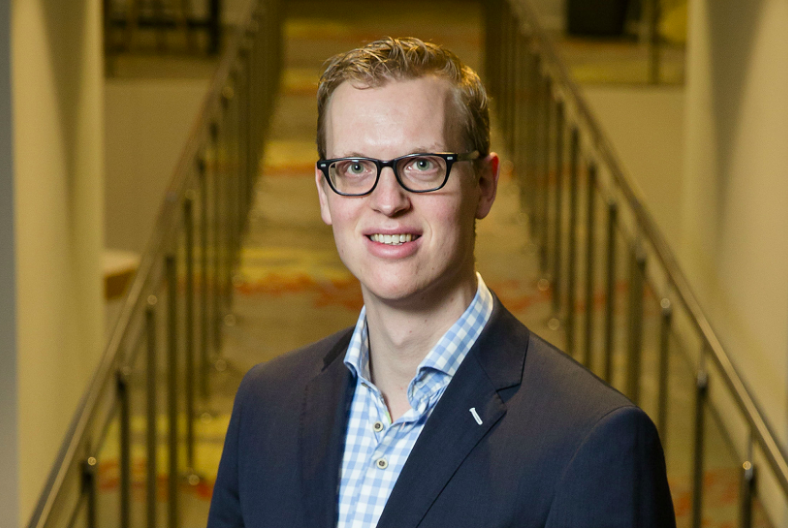 This definition by statistical experts includes all those who receive only first-pillar or state pension benefits.

For every year worked in the Netherlands, 2% of the state pension is calculated. This means that a person will receive a full pension after 50 years of service. Including tax, this amounts to 1153.35 per person, which is 70% of the minimum wage. Couples receive a lower benefit of €794.59 per person.

“I think the main disadvantage is that it’s quite expensive. For example, civil servants pay somewhere around 20% of their income to the pension system. This is a fairly high amount every month,” says van Zutphen.

We, like the Dutch, pay a lot to the pension system. Unfortunately, the returns in old age do not even remotely resemble the Dutch paradise.

Underfunding of the pension system leads to significant redistribution of funds. Otherwise, the overall social interest would suffer: without a solution to the funding problem and increased differentiation, low earners would be left without a minimum income in retirement.

T. “This is a flaw in our public finances. The amount collected is low enough, as is public spending. It is our inability to allocate a large enough share of GDP to public spending through the general tax system.”

The solution was found 50 years ago

“Clarity and transparency in the system are needed. Why are judges given pensions and not all civil servants? How is it decided who is entitled to first- and second-class state pensions – who is a great artist and who is not so great?”, says Medaiskis with a touch of irony about the established procedure.

The professor finds the second-tier occupational pension system, developed by the Dutch half a century ago, attractive.

“In my view, state pensions need to be clearly transformed into an occupational pension system. The principle would be that if you pay a certain contribution, you would get a corresponding benefit. Not as is currently the case for privileged groups paid out of general tax funds,” the academic suggests.

“In the Netherlands, Tier II pension funds are supervised by both employers and employees’ trade unions. They are represented on the fund boards. They employ professional pension fund managers who invest on the stock exchange and financial market. And they are really very efficient, especially if you look at the results of the last few years,” says van Zutphen.

There are over 300 pension funds in the Netherlands. Depending on the age of the person working, fund managers offer investments in risky or lower-risk financial products. The management fees of such companies range from 2 to 10%.

“The main disadvantage of Tier II is its dependence on stock market fluctuations. It’s a bit risky, but in the long run it’s very rewarding,” says a Dutchman involved in pension fund management.

Temporary agency workers also participate in Pillar II of the pension scheme. “Employers pay 8% of a person’s salary to the fund representing their interests, while the employee contributes 4% – a total of 12%,”.

“Even Dutch people in the second pillar of the pension can afford to travel a bit and buy some frivolous purchases if they receive sufficient benefits. They make a good living. People of retirement age do not have children and do not have regular large expenses, so they have less money to live on and more money available for leisure activities,” says van Zutphen.

2% or 6% of the population has no income.
LLRI President Ž. Šilėnas believes that it is not only naive but also dangerous to rely on the government pension as the only source of livelihood.

According to him, the main problem of the second pillar of pensions is the insufficient amount of money allowed to be transferred to pension funds.

“We participate in part of the social insurance contributions – the “2+2+2″ system. You can withdraw 2% points from Sodra if you pay 2% yourself from your salary and then the state contributes 2% of the average salary. This is a tax benefit where part of the tax is returned to you if you take care of your own old age,” says Medaiskis.

Although the old-age benefit of those who participate in the scheme will be higher than that of those who do not, it will be nowhere near the Dutch share of the occupational funds.

Increasing the sample is necessary
The small number of participants is also a problem. “The sluggish participation at the 2% level is irrational. The government is determined to reform: either you all participate at full level or you go back to the Social Security. How to change this is a big puzzle because there are vested expectations?” – stresses Professor Medaiskis.

He is convinced that if the current pension fund system is to be maintained, the number of participants must be increased.

“Only in Lithuania do people have a choice whether or not to put their money into a Tier II pension fund. In the Netherlands, this is not an option, but everyone who can participate in the system must participate in Tier II,” says S. Naum
ikas.

More is not a panacea
“Of course, 6% is better than 2%, but it is not a panacea for the problem. What good are those savings in old age if, when you retire, there are many people selling shares, diamonds or other investment products and few buying them – you won’t be able to break a diamond,” emphasises T. Medaiskis, who points out the advantage of the system of calculating the pension units currently in place.

“We can push employers even further and raise it to 8%, as in the Netherlands, but they already contribute a lot to the pension system. If we transfer a larger share to the funds, that leaves less for Sodra, and the interests of our current pensioners will suffer. We should not be under the illusion that we can solve the problems of current financing and the problems of Sodra through a system of accumulation,” says the professor.

The only solution, according to the academic, is to transfer the basic part of the pension to budgetary financing. It would then be possible to transfer the employer’s contribution to the second pillar of pensions.

“However, if a part of it is allocated to accumulation, it is also necessary to allocate a small part to health insurance, which would guarantee sickness and disability benefits,” warns Medaiskis.

“There are no tax benefits from a certain amount. Pension funds charge a relatively high commission of 1-2% of the amount paid for their management,” says S. Naumikas, head of a recruitment company in the Netherlands.

“Only a few percent of employees participate in the third pillar. It is useful as an equalisation mechanism. For example, my brother has been living in Lithuania for 11 years and has not saved for a retirement pension. He can compensate for this by participating in the tax-free third pillar,” says van Zutphen.

Last year, a study was published showing that the best off, richest people in the Netherlands are of retirement age.

“Maybe they earned well in the past. But it is more likely that they bought their houses in 1970 or 1980. Property prices have increased 10-fold since then. So, when they retire, they sell their homes, move to smaller accommodation and add to their existing savings in pension funds,” says van Zutphen.

Ad van Zutphen, co-manager of the Dutch company Driessen
Like 50% of all Dutch people, the Dutch speaker prefers to invest in a house rather than in a pillar III pension.
“I pay a loan every year. When I am 60, I will own the house. It’s a backup option for old age,” says van Zutphen.
“With our 0.5% for every year worked, we beat the Netherlands 4 times (2% for every year worked) in the first pillar of the pension and 2 times in the second pillar with our 6%. We put away 10% or even less for our old age – so what do you expect! In the Netherlands, the rule of thumb is that you have to set aside 30% of your income to live in dignity in old age,” says Robin’s CEO, S. Naum, with regret.
ik.
Ž. “If we are concerned about how to ensure a rich old age, saving for old age should be encouraged, not stopped. Retirees who have two, three or even four sources of income in old age will be incomparably more secure and better off than they are now”.
Across Europe, the challenge of ageing societies is forcing national legislators to take a lead in implementing solutions to demographic problems: delaying the retirement age, encouraging older people to stay active in the labour market for as long as possible, investing in favourable conditions for young families with children, boosting fertility and encouraging women’s entrepreneurship.
However, the experts interviewed warn that these measures will not solve the problems of Lithuania’s pension system. Without a decisive overhaul of the system, they argue, today’s thirty-somethings will not be able to count on benefits, even if they are reviled by current retirees.