Different and proud of it: 5 Dutch communication habits that surprise the world

In the Dutch business world, the action never stops - one ship arrives with goods or raw materials, the next with ambitious youngsters or experienced business wolves. International projects and conferences are constantly taking place in a small area of the country, bringing people from all over the world to Holland every day. "The dress code is not determined by the place, but by the host", says the writer Russell Smith, and the unassuming Dutch are a living example of this. Some are driven by business, others by tourist curiosity, but it's worthwhile for anyone who has set foot on Dutch soil, or is about to set foot on it, to know the subtleties of how the locals communicate.

Most Europeans know that an important email should start with a polite address and end with a tactful goodbye. In many cases, this is exactly what is expected of you, but don’t be fooled – in the Netherlands, such ‘maneuvers’ are seen as a waste of time. Here, it’s refreshing to be brief and clear, whereas in other countries, common courtesy will quickly lead to the suspicion that you’re about to ask for a favor, or are trying to “sugarcoat” the unpleasant news that’s about to come your way.

For those who lend us a helping hand at crucial moments, a simple “thank you” is often not enough. Small thank-you gifts are exchanged between colleagues in many countries around the world, but in the Netherlands this is not the case. The Dutch firmly believe that respect should be earned with one’s own hands, and a little gift can be seen as a bribe or another request for help. The same rule applies to monetary bribes – everyone is treated as an equal, so neither influential parents nor a fat wallet can help you climb the career ladder. Age is another irrelevant criterion for the Dutch, and one that is taken into account in many other parts of the world. In the business world, older colleagues are not valued – it is always about performance and not experience.

3. The customer is not always right

In many countries, it is common to expect excellent service when paying for a service and to express dissatisfaction when it is not provided. People working in the service sector are often told that the customer is always right, but this is not the case in the Netherlands. There is equality of treatment, even when money is involved, so don’t be quick to call the boss of the café if you are unhappy. The first thing to do is to take a critical look at your own behavior to make sure you have done the right thing and have been polite.

Visits from foreign guests are a daily occurrence in the Netherlands. Dozens of large multinational companies are inseparable from investors, executives and other delegates who come here on business. But even in this sphere, the same rule of equality applies, and at the end of business hours, everyone goes home without paying special attention to the guests or giving them extra time.

The Dutch are known the world over as very punctual people. They turn up at the agreed time and place and consider lateness to be rude. However, there is one condition for this – everything must be agreed in advance. The Dutch do not like spontaneous changes, plans or visits, and a trip to the cinema with a friend should be planned six weeks before the scheduled date. Business visits are also planned very early. 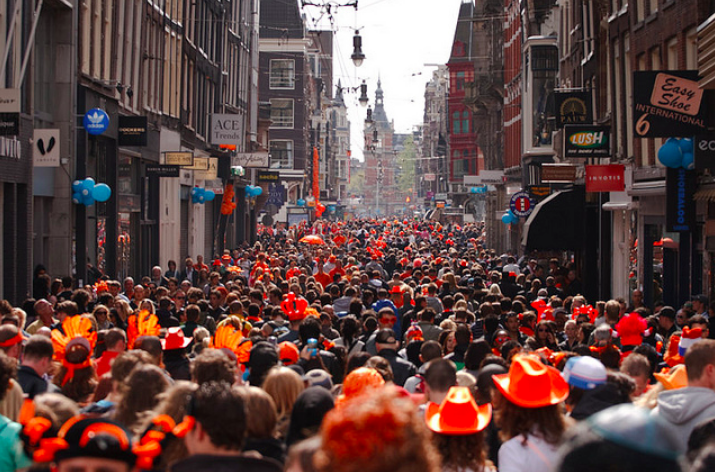